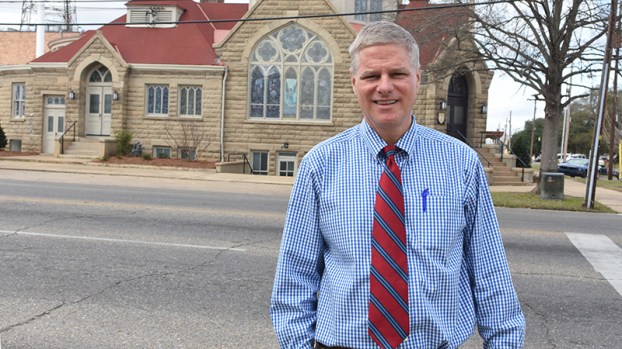 After years of moving around town, Blue Jean Selma Church has found its permanent home.

“It was standing room only and we had to bring in tons of chairs,” said District Judge Bob Armstrong, who serves as one of the church’s leaders. “I don’t know how many but someone was estimating 300 here.”

Blue Jean started as an outreach program at First Presbyterian Church in 2007. The original idea and central theme behind the church was to remove all barriers preventing someone from attending church.

“There were a lot of people in our community that didn’t feel good enough to come to a traditional service. They didn’t have the right clothes, they might have had some addiction issues, poverty issues, lifestyle problems or whatever where they were ashamed to come,” Armstrong said. “The idea was if we radically change the way we do church and we make it really easy for people that would be ashamed or not feel good enough to come and if we lift up the name of Jesus, he will draw people to him.”

Leaders of the church decided on the name Blue Jean because it helped show that anyone could come, regardless of their attire.

“We felt like after a week or so that we settled that was the right name because it would denote you could come as you are, physically and spiritually, inside and out,” Armstrong said. “That’s when transformation happens, when you come. You don’t have to get cleaned up to come, just come and that’s where you get cleaned up.”

Blue Jean eventually moved out of First Presbyterian, where it originally held services. Blue Jean services were held at the Walton Theater for six months, ArtsRevive for a month and the St. James Hotel for two months before settling into the old social security on Church Street for three years.

Over the last year, Blue Jean had plans to renovate an old warehouse and turn it into their new home for church.

“That was consistent with our focus was to make it really easy and to remove all barriers for people to come,” Armstrong said.

Instead, they were led in a different direction.

Armstrong received a call from the pastor at Selma Community Church in August, asking if Blue Jean would be interested in buying the church. Armstrong immediately said no, since a traditional church building didn’t fit with Blue Jean’s no-barrier approach, but he changed his mind after touring the building. 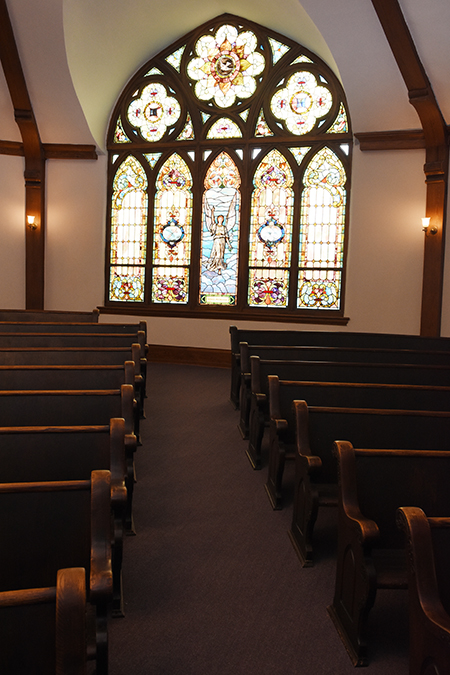 He said the church, along with the Family Life Building, was not only beautiful inside, but it also opened up a lot of different possibilities.

There’s a commercial kitchen in the basement, plenty of space for a weekly breakfast and rooms galore. Armstrong said he and other church leaders felt like the church would really allow Blue Jean to make an even bigger difference in Selma.

Blue Jean made a deal with the Selma Community Church, where it’d have 45 days to raise the money. Blue Jean felt like it couldn’t go in debt to pay for the church because it’d lose focus on its ultimate goal.

“We felt like through our prayer time that the Lord had shown us that we could not be in debt because if we got in debt and we quit thinking about investing in the community and helping people, we would fall into the trap of trying to pay the power bill and pay the mortgage, and it would change the focus of Blue Jean,” Armstrong said.

Unlike traditional churches, Blue Jean doesn’t pass around an offering on Sundays. Instead, anyone who attends can leave a donation in a box near the front entrance. Blue Jean asked its churchgoers to give if they felt led to.

Armstrong said there was no sales job, no pressure applied but over the next few weeks, the church raised all $112,500 it needed to make the purchase.

“It all came in and then on top of that, money to fix it up,” Armstrong said. “We are not an established church with lots of endowments so we know God touched people’s hearts because he wanted us to be here.”

The church has been painted, had its carpet and tile replaced, walls removed and leaks fixed. For a building that’s over 100 years old, it has a brand new look and feel to it on both the inside and outside.

There’s still work to be completed in a couple of rooms workers haven’t gotten to yet, but it won’t be long before the entire church has been renovated.

“This place, all it is is a platform for us to advance the platform of God in Selma,” Armstrong said.

The apostolic style church cycles through community speakers each week. Mayor Darrio Melton and Rector Jack Alvey of St. Paul’s Episcopal Church are among the many that have spoken at Blue Jean over the years. Armstrong usually leads the service once every four to five weeks.

Armstrong said many of the people that attend Blue Jean are also members at other churches as well. That’s why Blue Jean holds its traditional early morning service at 8 a.m. on Sundays.