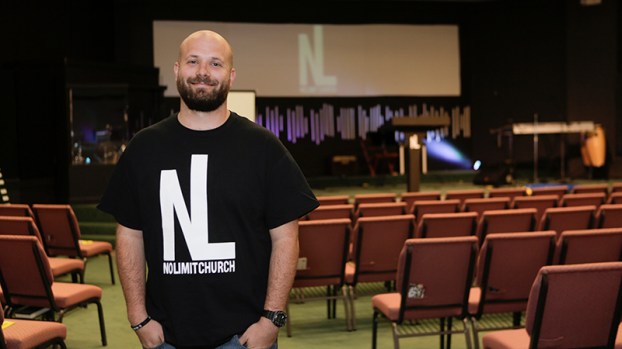 Living Waters Worship Center will change its name to No Limit Church during a service Sunday morning. Pastor Matt Klimis said the church has a new vision.

A Valley Grande church will soon be known by another name.

Matt Klimis, pastor of Living Waters Worship Center, said the church is changing the name to No Limit Church.

“A name says more than just a name, it captures a vision. Our vision of the church has changed,” Klimis said. “There is no limit we won’t go to tell people about Jesus.”

Klimis has been the pastor at the church for one year and said during that time he has seen a growth within the church, and they have created a new vision.

“We wanted to match our name with our vision,” Klimis said. “We also wanted to give people an opportunity to invite people to something brand new. It’s a fresh start for us. I think it’s curious to see it’s No Limit Church and it came from a church where it was about to be closed.”

Nearly three years ago, the church was shaken to find out that the pastor at the time, William R. Best Jr., had been arrested for allegedly having sex with a minor. In June 2015, Best was sentenced to 30 years in prison for first degree rape and incest involving a teenage girl.

“We don’t run from our past,” Klimis said. “Because he did that, the church banded together with 20 people for two years and prayed.”

Klimis said the churches denomination, Alabama Assembly of God, gave the church funds to bring in a new pastor for a year because of their resilience during the two years with no pastor.

When he first heard about the church, Klimis knew that was the place for him.

On his first Sunday, Klimis and his small congregation attended the yearly Jubilee festival.

“The first Sunday we went to the Bridge Crossing Jubilee and handed out waters,” Klimis said.

Over the last year, Klimis said the church has worked to rebuild and renovate, and he hopes that now the community will see a place that they can be accepted for who they are.

Another important feature of the church that Klimis hopes to see going forward is attendance of people of all races.

“My hope is that we’ll be the church where black people and white people come together as a church.”

In the last year, Klimis said the attendance has went from 20 to 100 people as well as having more than 85 people make decisions to follow Christ and more than 40 people baptized.

The unveiling of the new name and sign out front will be after the 10:30 a.m. service Sunday, March 5.