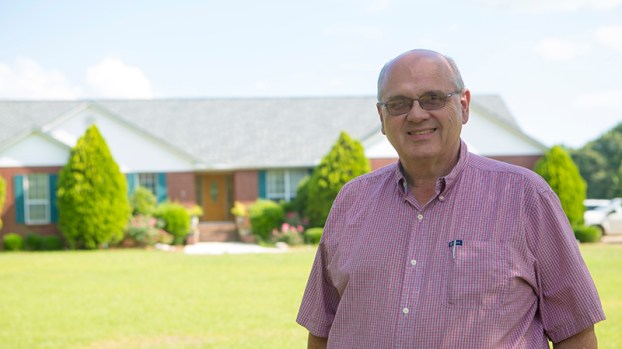 Larry Stover has retired from Praise Park Ministries Church of the Nazarene.

Larry Stover walked out of Praise Park Ministries Church of the Nazarene Sunday for the last time as acting pastor.

He and his wife, Janet, have served the church for 14 years and have been in ministry for 39 years.  The two decided now was a good time in their lives to step away, spend time with family and catch up on some things they haven’t had the chance to do.

“After 39 years, we just decided to change direction,” Larry said.

“We’re still active in the schools and doing all that we can in the community. We’re just going to miss the people. We have enjoyed very, very much just working in the community here and doing things in and around Dallas County.”

When Larry and his wife first moved to Selma, they pastored Selma First Church of the Nazarene, but Hurricane Ivan came through and severely damaged the church, and the congregation decided to move to Valley Grande.

On his final day at the church, Larry told the congregation that although they’re stepping away for a while, they’ll of course be back.

“Last Sunday was our last Sunday, and we told the congregation that we’re going to take a couple of months to visit some family and run around and do some things … but then we’re going to come back and settle back into the church and work with the new pastor, Jerry Young,” Larry said. “It was sort of bittersweet [to leave for the last time]. Janet and I have been doing this for 39 years, and you throw in all of the six years of college and seminary on top of all of that, and it’s like 45 years of our life has been just ministry.”

Larry is originally from Ohio, but he moved around a lot while his father pastored many different churches.

“We moved all the time,” Larry said. “I went to six different schools from kindergarten through high school.”

Larry said they are going to miss being at the church, but he knows they’ll have plenty to do.

“This is what we know. So this is going to be a challenge to really make life fit a little bit afterward,” Larry said. “There’s plenty to do. … We’re not going to run out of things to do, that’s for sure. Life has always been busy and I just can’t imagine it not being busy.”