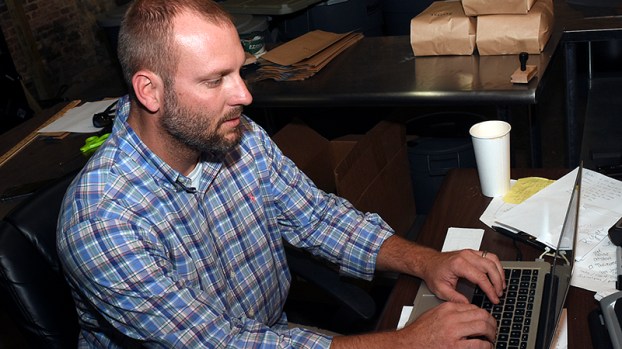 Revival Coffee owner Ryan Bergeron is selling a special blend of coffee this month to help raise money for Nick Boyd, a missionary from Mozambique, Africa, who was injured in a motorcycle accident.

By MARY STEWART | The Selma Times-Journal

Owner of Revival Coffee Company Ryan Bergeron is working to raise money for an injured missionary.

Bergeron was in the process of partnering with Pioneer 61 Ministries when its founder and president Nick Boyd was in a motorcycle accident. Bergeron said he immediately knew he wanted to help.

Boyd and his wife are missionaries in Tete Mozambique, Africa. 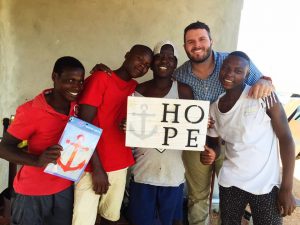 Missionary Nick Boyd was injured in a motorcycle accident.

The Boyds began their ministry by adopting youth off the streets and eventually expanded to going into brothels to minister and show love to prostitutes.

“They don’t go tell women that they are doing wrong; they don’t hate them,” Bergeron said. “They are just really going over there; going to the ‘least of these’ and showing them that they are valued and loved.”

“I mean that’s what the passion is behind Revival Coffee,” he said. “It’s people; it’s the stories of people who are doing good and trying to help out what those guys are doing.”

Bergeron said he often puts himself in other people’s shoes in order to figure out how to best help.

“If that was me and we were up here going into the brothels, rescuing women from brothels and doing work with orphans, my thoughts and my fears would be man this thing is about to get shut down because of this huge expense that we really can’t pay,” Bergeron said. “So I put myself in that scenario, and said ‘man what if this was me and something that I’ve been working for, it would bless me if somebody were to do something like that for me.”

Bergeron is selling a Pioneer 61 coffee blend will all proceeds going to Boyd’s medical bills.

The coffee will be for sale online for the month of July, but the deadline may be extended if Bergeron doesn’t meet his goal.

“I’d love to raise enough with it to pay their hospital bills off. That’s my goal,” he said. “So in doing that, I would need 1,500 orders, and it’s strictly online with this, just to be able to keep track with how much we are selling and everything.”

Bergeron explained that two different kits will be offered.

One of them is a two pack. He said it was best for a family to get for the month.

The other option is a 12-pack kit, and the intention is if somebody is part of a bible study or other small group, they could order that and give it out to everybody.

If you would like to purchase coffee, visit revivalcoffees.com/products/pioneer-61-fundraiser.

If you would like to donate to the Boyd’s GoFundMe, visit www.gofundme.com/nick-boyds-accident-expenses.

By JUSTIN SMITH | The Selma Times-Journal Selma’s Mason Kendrick was one of 25 seniors who earned the opportunity to... read more