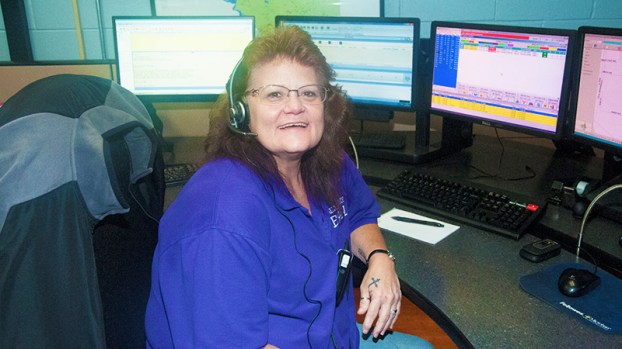 IMPORTANT CALL: Lisa Henderson has been a dispatcher for E-911 for more than 23 years. Henderson is the Times-Journal’s First Responder of the Week.

Lisa Henderson started her career with E-911 more than 23 years ago, with the last eight of those years being with Dallas County.

Through those many years as a dispatcher, Henderson has seen and heard many things. However, she said these last few years in Selma have been difficult, and unfortunately with the rising crime rates in the city the community’s help is needed now more than ever.

“We need the citizens’ help to be our eyes out there,” she said. “We can’t see what’s going on in here. If we could just get more details that would help a lot.”

There are three actions during a 911-emergency situation.

The caller calls the 911 number and the call is immediately sent to the local dispatchers. Dispatchers then ask for basic information such as name, address and information on what happened. After receiving the details, an officer is then sent to check out the situation.

Henderson said providing as many important details such as where the situation is occurring and what is happening are the main keys for getting help sooner than later.

However, she said miscommunication between 911 callers and dispatchers because of the lack of details provided during a call is one of the main issues. She said she understands that often times calls are made at stressful times, but without the proper amount of details, it is difficult to be able to send an officer for help.

“We really need to prepare our officers for what’s going on before we send them out there,” she said. “We don’t like to send them into anything blind.”

Not only does providing enough accurate information help protect the officers, but it also helps protect and or save the citizen as well, according to Henderson.

“We just want our officers safe as well as our community safe,” she said.

Even with the difficult parts of her job, Henderson feels a sense of joy when she finds out that she was able to get help to someone and it essentially saved their life.

For 62 years, fairgoers have been enjoying tasty treats at the Central Alabama Fair. There were more than 10 food... read more