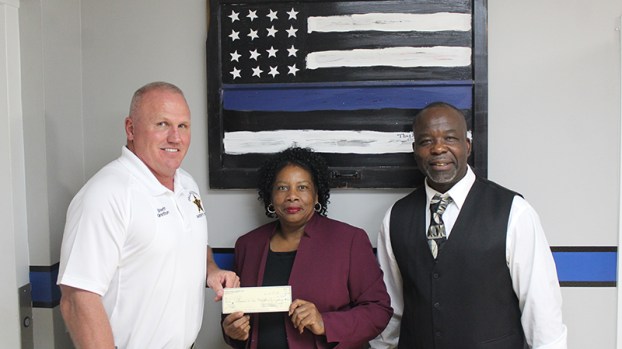 According to Dallas County Sheriff Mike Granthum, the $1,200 donation from Orrville will be used to purchase a rifle vest, capable of stopping the penetration of a round fired from a rifle.

“This will actually be our first rifle vest in our department,” said Granthum.

Granthum expressed his gratitude toward Lumpkin and the Orrville City Council for their contribution, and how valuable the relationship between the DCSO and Orrville is.

“When I took office, I wanted to build relationships rather than partnerships,” he said.

According to Granthum, this is not the first time that Orrville has helped out the DCSO.

Lumpkin said that the DSCO is “like family” to the city of Orrville.

“When you invest in your family, you go all the way,” said Lumpkin.

Lumpkin added that Orville plans to donate the funds for another rifle-stopping vest in the future.

Selma University played host on Thursday to a regional job fair hosted by the Alabama Department of Labor (ADOL) in... read more