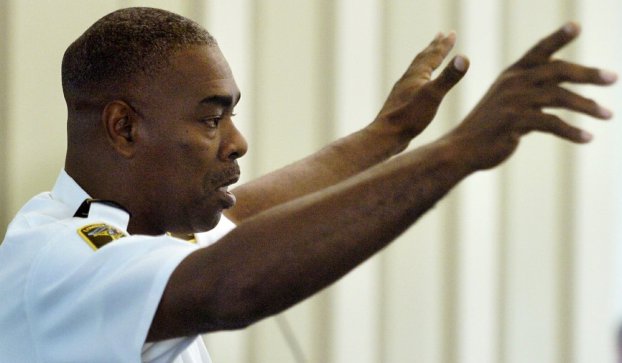 Williams was fatally shot at a QV Gas Station in Hayneville Saturday. William Chase Johnson, 18, is the suspect taken into question, according to the Lowndes County Sheriff’s Office.

“He was a great friend,” Jackson said. “He picked me up one time when my flight in Birmingham got delayed. He would come over a lot to Selma and help my Drug Task Force fight the gang problem in Selma.”

“It’s a tragic loss,” Granthum said. “We (Dallas County Sheriff’s Office) had a great working relationship. He was a good person and a good cop. He always had a smile on his face and a joke. He also knew when to get serious.”

“Lowndes Academy basketball games we’re not complete unless Big John was standing next to the locker room door ready to cheer us out of the locker room and give us high fives afterwards,” Thacker said. “This is just horrible. The fact that someone would so heartlessly take another person’s life for no reason will never be reconciled in my head.”

“Everyone here, no matter what race, gender or social status we are, Big John treated us with respect, kindness and a true compassion that few people have,” Spivey said. “Truly a great man was taken from Lowndes County, Alabama and the world.”

“I am in shock over this senseless act,” Taylor said. “Big John was a great man and only wanted the best for everyone in Lowndes County.”

Selma City Schools teacher Johnethia Purifoy grew up in Hayneville and said Williams will be missed.

“He was the best sheriff who loved Lowndes County and his people,” Purifoy said.