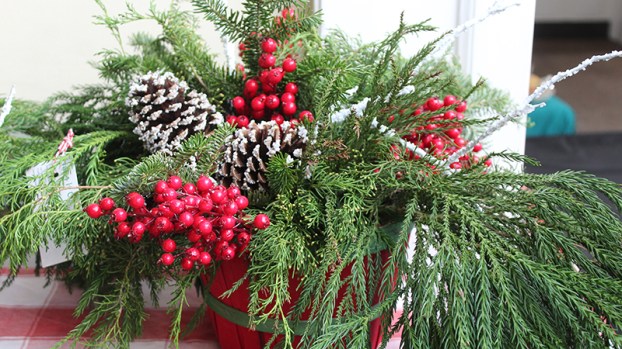 The annual Holiday Open House, sponsored by the Selma and Dallas County Historic Preservation Society and the Old Depot Museum, is once again set up in the Selma Performing Arts Center located at 1000 Selma Ave, as of Monday.
Each year, for the first two weeks of December, the Performing Arts Center is transformed into a mercantile filled with all manner of goods including Christmas ornaments, home decor, baked goods and more.
Holiday Open House Organizer Candi Duncan says the collection of goods is an eclectic mix of goods from local artists, artisans and craftspeople.
“It’s like visiting 25 different stores in one go,” said Duncan.
Duncan said that seeing the abundance of local merchandise in one place was here favorite thing about the annual open house.
Among the local goods featured are homemade baklava from Jan Justice, freshly baked cookies from Peggy Williamson, jellies, jams and preserves from Mrs. Rushton’s Cottage Kitchen and hand-made ornaments from Edi Birch.
Duncan said that this year is the 41st Hoilday Open House.
According to Duncan, when the annual event began, it included a holiday house tour, but oncet he tours ended, more emphasis was placed on crafts.
“Everything is just so beautiful,” said Vickie Simmons, an open house volunteer.
The Holiday Open House is Open Monday – Saturday from 9 a.m. – 5:30 p.m. and Sundays from 1 – 4 p.m.
Duncan added to check for extended hours during movie times at the Walton theater, to which the Performing Arts Center is attached.