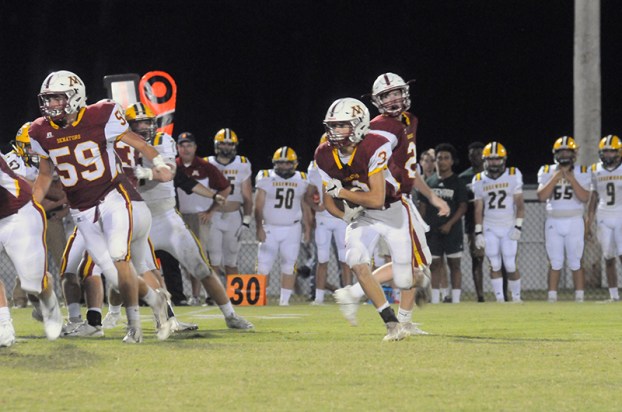 Morgan Academy running back Holt Utsey will be a senior next year.

The junior made the Alabama Sportswriter Association (ASWA) All-state  football team. Utsey made the second team offense at running back.

“There’s not a better back in the state.” Senators coach Josh Thacker said. “He hardly left the field every Friday night and  still managed over 2,000 all purpose yards playing the best the AISA has to offer.

“We’re proud of Holt and for him. Hard work pays off and that’s exactly what he has done in two years as a starter. We’re looking for big things out of him as a senior.”