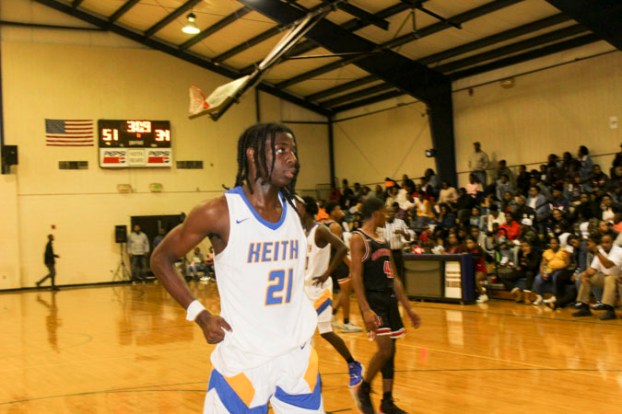 Jones is The Selma Times-Journal’s basketball player of the year to close a stellar high school career in Orrville.

The 6-foot-3 Jones averaged 22 points and 12 rebounds a game as the Bears were ranked in the Class 1A Top 10 all season long.

“Being named player of the year is a big honor and it was one of the goals I set,” Jones said. “It’s great to get recognized.”

Jones made the Alabama Sportswriters Association (ASWA) All-State team for the last three seasons. He made it twice at Class 2A and the other two seasons at 1A.

“I always wanted to be part of the Keith High basketball tradition,” Jones said.

Jones understood the accolades placed him into a leadership role and he gladly accepted the challenge.

“I enjoyed playing with the boys on the team, making them better and having fun, that’s what I will always remember from playing at Keith High.”

Keith High coach Clifton Reeves said he enjoyed watching Jones develop over the year into one of the state’s top players.

“With Arayvion’s skillset, you didn’t have to draw up a play,” Reeves said. “It was great to have the ball in his hands whenever we needed to make a big shot.”

Jones credited Reeves for making him a better player and having his condition to make crucial baskets.

“Coach Reeves pushes when he knows you can do good,” Jones said.

Jones will continue his basketball career after graduating from Keith High in May. He said playing at Lawson State Community College is an option.