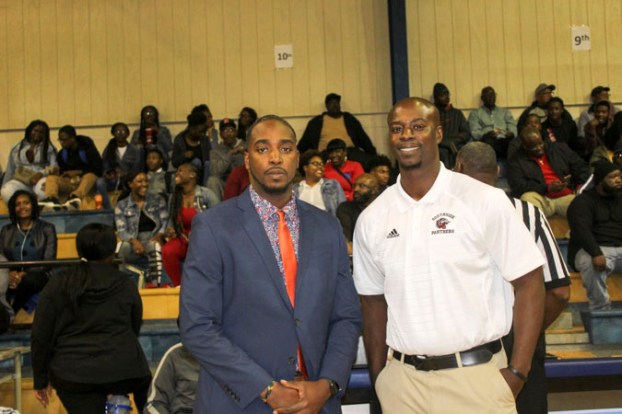 Summer basketball tournaments and  7-on-7 football competitions are prohibited because of the COVID-19 pandemic.

Several Athletic Directors, football and basketball coaches at public schools in Dallas County all reacted to the ruling.

“This was a move that I believe everyone saw coming,” Dallas County Athletic Director and football coach Heath Levert said. “It makes sense to me seeing that we are not ready for multiple schools from all over the state coming together as of yet. If one area or school has not been affected by the virus as badly as another and they meet for a 7-on-7 camp, the potential for spread is there.”

“I think the AHSSA cancelling summer competitions was the best decision,” Gandy said. “The safety of our kids is the top priority.  Never do we want to do anything to put them in harm’s way. However, this pandemic does set not only us back but all schools in getting ready for the upcoming season. So this affects everyone. No doubt the best decision was made considering what could have happen if we started back too early.”

“We have to look at the big picture, health and safety is the most important thing,” Reeves said. “The well being of my players, coaching staff and our families are more important than anything.”

“We would love to be out there competing, but unfortunately we can’t,” Lumpkin said. “Hopefully, things will get back to normal, but until then guys are continuing to work out at home and hope for the best. It’s in the best interest of out players. You never want to put anyone in danger and the COVID-19 pandemic is still among us.”

“I felt like we wouldn’t have summer competitions, so it wasn’t a surprise to me,” Moody said. “I only care about having a season, so whatever we need to do to make football season more likely, I will support.”

“I’m in favor of taking any and all precautionary measures,” Crum said. “We’re taking the COVID-19 virus very seriously and we don’t want to jeopardize the health of our student-athletes, especially with the number of COVID-19  cases in Dallas County going up.”

“Summer competitions gave us an opportunity to test our skills against teams early,” Walker said. “Our new normal is going to be unique. The AHSAA made a great call with students’ health being the main concern.”

Reeves said he will miss the Bears competing against other Black Belt teams during the summer. “I hate the fact that we won’t be able to compete in play dates and camps this summer,” Reeves said. “Myself and many other coaches take the summer to implement new offensive and defensive systems as well as seeing how current players we have on the team are progressing.”