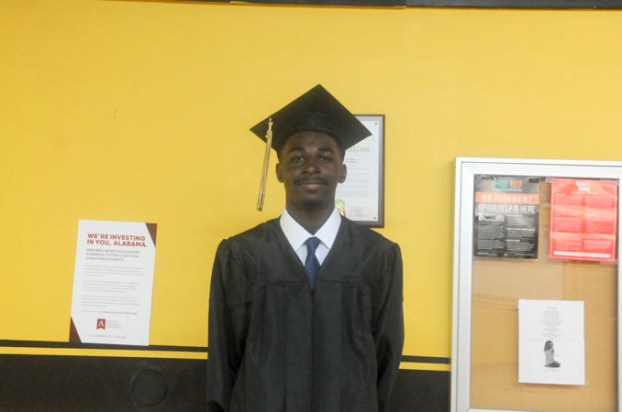 Ellwood Christian Academy Valedictorian on the fast track to success

Walker added another title to his resume last week: Valedictorian at Ellwood Christian Academy. Walker, who finished with a 3.25 GPA, was named top senior in ECA’s graduating class of 2020.

“It was a big accomplishment being named class valedictorian,” Walker said. “I worked really hard getting to the top of my senior class.”

Jeffrey Walker, Walker’s father and ECA track coach, said he was blown away at his son’s academic success.

“For Malachi to be named class valedictorian and have over 50 track scholarship offers, that’s amazing,” the Walker Patriarch said.  “I’m proud of him.”

Walker said he was disappointed not to close his prep career at ECA. Gov. Kay Ivey ordered the closing of K-12 schools statewide on March 13, followed with the AHSAA canceling spring sports.

“I was really trying to get my time down,” Walker said. “I enjoyed traveling to different track meets.”

Playing on the Eagles’ basketball team and being honored at Senior Night also stands out for Walker.

“I played basketball because I always wanted to try it,” Walker said.

Walker said he has several memories attending ECA and gained valuable knowledge during his prep career.

“I’ll remember all of the teachers that came through Ellwood Christian Academy,” Walker said. “They taught me a lot and opened up my perspective on a lot of things.”

The next step for Walker is running track in college. In no particular order, Walker has narrowed his choices down to McPherson College, Ripon College, Birmingham Southern College, University of Mobile and William Penn University.

“I’m looking forward to running track in college and get better,” Walker said. “I want to have more fun competing in track.”

Walker plans to major in Computer Science, with a goal to become a Game Designer.

Erin McIntyre has added another Valedictorian honor to her trophy case. McIntyre is the Valedictorian in Meadowview Christian School’s graduating... read more