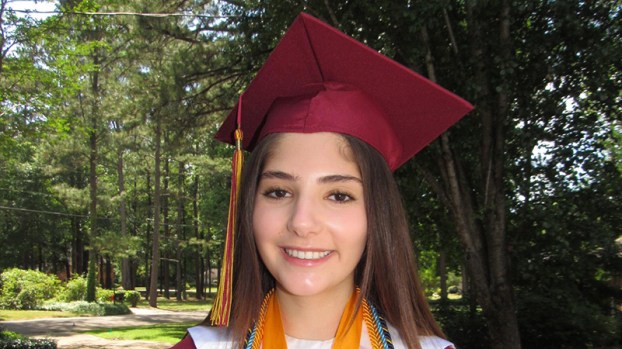 Five Morgan Academy student-athletes were honored by the AISA.

Assaad will attend Wake Forest University in the fall. She was a member of the Lady Senators’ tennis team that won three straight AISA state championships.

“I am proud of multiple achievements this year, including being selected to be a member of the AISA All-State Academic Team,” Assaad said. “Only 25 people in the state receive it.”

Jones, who played volleyball, basketball and soccer for the Lady Senators, will attend Troy University in the fall.  She made The Selma Times-Journal All Dallas County basketball team.

Pearce, who played basketball, three-time state tennis champion and the 2019 Homecoming Queen, will attend Auburn in the fall.

Turner, who played football, basketball, baseball and soccer for the Senators, will attend Auburn in the fall.  He was a member of The Selma Times-Journal All Dallas County baseball and basketball teams.

Waters, who played basketball and soccer for the Senators, will attend the University of the South, also known as Sewanee, in the fall.

City of Orrville to honor NFL-bound Simmons with parade

Offensive lineman LaChavious Simmons credits growing up in Orrville played a big role toward his NFL dream. The city of... read more