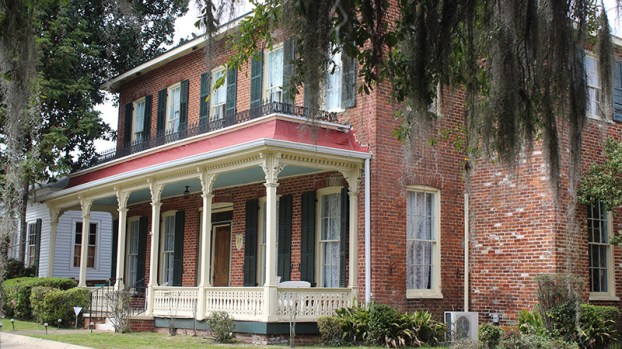 The Lady from Dallas: Hattie Hooker Wilkins a forgotten champion of voting rights in Selma

The story of Selma and Dallas County’s role in American democracy is well-known – local activists, students and religious leaders began pushing for voting rights in the late 1950s as the Dallas County Voters League, later to be known as the “Courageous Eight,” which led to the tragedies of Bloody Sunday and the ensuing Selma-to-Montgomery March that ultimately led to the signing of the Voting Rights Act – but less known is the fact that the area was home to another leading voting rights activist more than half a century before freedom fighters crossed the Edmund Pettus Bridge.

Today, driving down Dallas Avenue, one would hardly know that the home of Hattie Hooker Wilkins, doused with shadows as sunlight 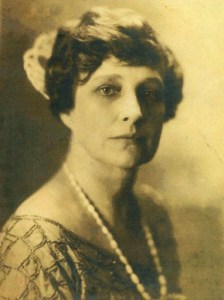 sneaks through moss hanging from enormous trees out front and checkered with multi-hued bricks from time and renovation, most familiar to travelers taking part in the annual Selma Pilgrimage, a jaunt through historic Selma homes, was once the headquarters for Alabama’s leading suffragist and the first woman to be elected to the Alabama Legislature.

Not far away, her body rests in Old Live Oak Cemetery under a small and understated marker, evidence of her conservative family’s embarrassment at having raised such a progressive and independent woman.

Hattie Hooker, as she was known before her marriage to industrialist John G. Wilkins in 1898, was born in Selma on July 28, 1875 and educated at Boss Calloway’s School before attending the Peabody Normal College in Nashville.

According to Selma and Dallas County Historic Preservation Society board member Gery Anderson, Hattie Hooker’s family came from nearby Cahawba, once the state’s capitol, and would have been considered wealthy at the time.

Hattie Hooker worked as a teacher in Selma following her graduation in 1894 before marrying Wilkins – the two lived in Selma and had four children, one which died at the age of three after accidentally ingesting lye water.

According to the Encyclopedia of Alabama, Hattie Wilkins lived a relatively normal life for the time, working as homemaker and primary caregiver to the couple’s children and being involved with local clubs and church groups, but she also developed a strong interest in politics, specifically women’s rights.

In 1910, Hattie Wilkins helped found the Selma Suffrage Association, for which she served as an officer, and later joined the Alabama Equal Suffrage Association (AESA), established in1912 by Pattie Ruffner Jacobs with the aim of gaining the right to vote for women in Alabama.

Encouraged by her husband, Hattie Wilkins served as a board member and secretary of the state suffrage movement, which unsuccessfully led the campaign for the state to ratify the 19th Amendment.

According to a 2016 article by the National Women’s History Museum, Hattie Wilkins said the following in explaining her support for women’s rights, including the right to vote: “Self-direction or freedom of choice is necessary to the highest mental and spiritual development of a human being. Because democracy gives to each person this opportunity for development, democracy is right. Because democracy is right, woman suffrage is right.”

According to Anderson, however, not everyone was so encouraging – Hattie Wilkins was “shut out of society in Selma,” as it was seen as “scandalous” at the time for a woman to be involved in politics, and local women actually established an anti-suffrage group to undermine local pushes for voting rights.

Though Alabama wouldn’t ratify the amendment until 1953, women gained the right to vote in 1920 and AESA disbanded at its convention that same year.

“When I go to Montgomery, I hope that I may not fail to do at the legislature anything that will be helpful to my state, its women and its people,” Hattie Wilkins is quoted as saying following her election in her brief Alabama Women’s Hall of Fame biography.

Hattie Wilkins became a champion for education, healthcare and the needs of the region while heading up the House’s committee on public health and gained wide respect from her colleagues – though she considered a second run for office, Hattie Wilkins left her political career behind.

Upon her departure at the end of her term, “The Lady from Dallas,” as she had affectionately come to be called by her colleagues, legislators presented her with a cup inscribed with the following words: “To Mrs. Wilkins, the First Woman Member of the Alabama House of Representatives, a Token of Esteem from her Fellow Members, 1923.”

Anderson noted that it would be another 20 years before the state saw another woman in the Alabama Legislature and it wouldn’t be until the 1980s that Selma saw its first woman elected to the city council.

Hattie Wilkins died in 1949 but her legacy has been celebrated widely in the years since her passing – in 1977, she was one of 25 Alabama women selected to be highlighted in the historical exhibit “Faces and Voices of Alabama Women,” a permanent collected at the University of Alabama in Tuscaloosa; in 1997, Hattie Wilkins was inducted into the Alabama Women’s Hall of Fame during a ceremony at Judson College in Marion.