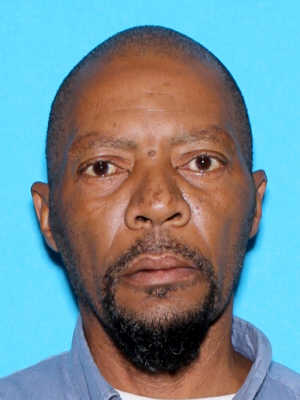 A Selma man’s bond was revoked Thursday in the Dallas County Courthouse.

Selma Police Department Sgt. Ray Blanks met with Brenda Burns on July 27 in reference to a Fourth of July shooting at the 2900 block of Earl Goodwin Parkway. Burns stated that Jemison advised her to bring their son by his apartment. Burns told Blanks she took the son to Jemison’s apartment, located at 2975 Earl Goodwin Parkway No. 11 for a few minutes.

Burns stated when she and the child prepared to leave, Jemison said hold on and he was going to get the child’s bag.  Burns stated that Jemison came out of the apartment with a black rifle and fired a shot into her vehicle and almost struck their son. Burns also stated that Jemison fired a shot near the rear passenger window where their son was sitting. Burns immediately drove off and called the SPD.

In the report, Burns stated that Jemison has been following her, calling her and making threats to kill her and Otis Melton.  Jemison was arrested on April 15 for shooting Melton several times at a convenience store at the corner of Cahaba Road and Medical Center Parkway across from the Selma Animal Hospital. Melton is seeing Burns.

Burns said that Jemison has called her at least 27 times and left voice messages to kill her if he catch her out in public and shoot her. Jemison also made threats in the house to kill her while she is asleep. Burns also stated that Jemison came to her residence on July 26, hid in the woods and pointed a black rifle at her door and waited for her to come outside.

Blanks listened to the voice messages Jemison left and heard him say over and over again that he was going to kill Burns whenever he catches her.

Armstrong set a no bond on Jemison for the other charges in April: second-degree domestic violence, stalking, and shooting into an occupied vehicle.

“This gunslinger is back off the streets,” Armstrong said.