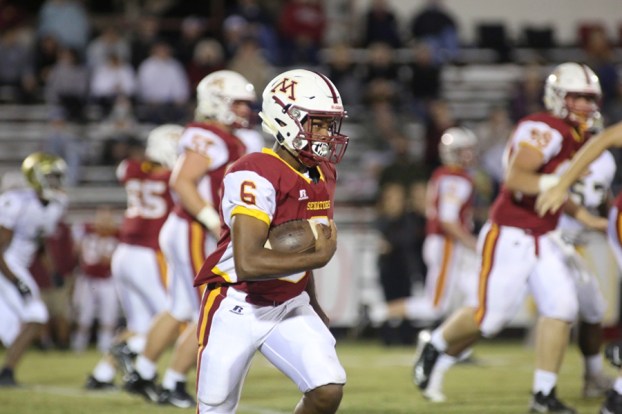 Morgan Academy jumped out to a fast start against Valiant Academy and never looked back.

Holt Utsey had 213 all purpose yards and two touchdowns as the 10th ranked Senators steamrolled Valiant Cross 45-12 on Friday at Morgan Stadium.

Morgan Academy (5-1) responded positively from a 50-26 loss at Patrician Academy.

“The kids did a great job, I’m glad we were able to bounce back,” Senators coach Danny Raines said. “They had fun.”

After Valiant Cross scored to open the second half, Utsey returned the ensuing kickoff 90 yards for a touchdown. Thomas’ 55-yard TD pass to Josh Brown gave the Senators a 38-12 lead after the third quarter.

Reserve running back Cobb Beers scored the game’s final touchdown on   a 1-yard TD run in the fourth quarter.

Thomas, who finished with two touchdown passes, said the Senators were focused in practice all week.

“It was a good win,” Thomas said. “We didn’t play well last week and we lost. We bust our butts in practice all week.”

The loss to Patrician Academy did not knock Morgan Academy out of the Alabama Sportswriters Association Top 10 poll. The... read more