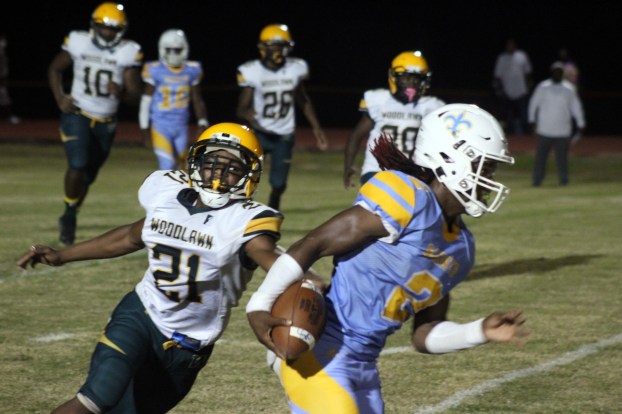 St. Paul routed the Saints 44-0 in round two of the Class 5A state playoffs.

Brantley eliminated the Bears 48-6 from the Class 1A state playoffs.

Javonte Graves-Billups scored four touchdowns and Tray Nunn had a pick-six for St. Paul, who led 41-0 at halftime.

St. Paul added a field goal for its only points in the third quarter, and played reserves in the fourth quarter.

Brantley 48, Keith 6: The Bears fell behind 34-0 after one quarter and never recovered as the top-ranked Bulldogs (12-0) remained unbeaten.