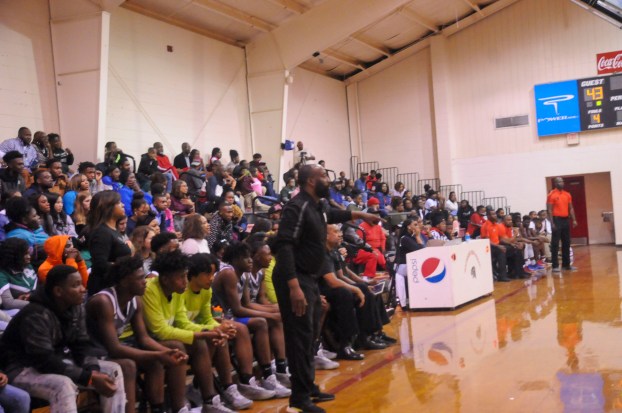 Dallas County is ranked in the first Alabama Sportswriters Association Basketball poll of the season.

The unbeaten Hornets (4-0) are ranked third among Class 4A teams.

Dallas County is expected to compete for a Class 4A state title this season under coach Cliff Nix. The Hornets are led by Darrius Ellis and Michael Ervin.

“I give all the glory to God,” Nix said. “Being ranked is one of our goals that we set at the start of the season. It also puts a target on our back. Every team that we face is going to give their best effort to beat a ranked. I’m proud of the guys’ hard work and dedication.”

Dallas County has beaten two of its county rivals: Southside and Keith.

Keith High, meanwhile, received votes in the Class 1A poll. The Bears have played a tough schedule to open the season.

The top-ranked girls teams are: Hoover (Class 7A), Hazel Green (Class 6A), Central-Tuscaloosa (Class 5A), Deshler (Class 4A), Montgomery Academy (Class 3A), Pisgah (Class 2A), Skyline (Class 1A) and Glenwood Academy (AISA).