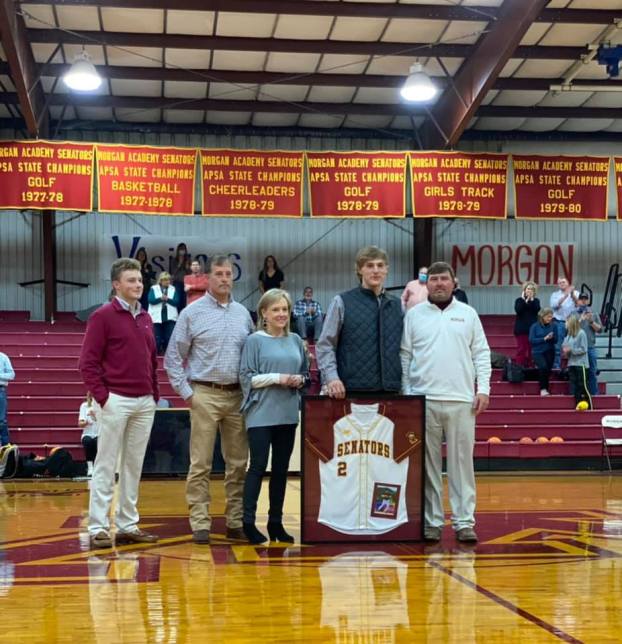 Henderson wore No. 2 during his entire career as shortstop at Morgan Academy until he graduated in 2019. He led the Senators to within one game of winning its first-ever baseball championship as a senior.

“It’s such a blessing to be honored and have this memory,” Henderson said. “But all the glory goes to God because without him, I wouldn’t be in this position and have these opportunities.”

The Baltimore Orioles selected Henderson in the second round of the 2019 Major League Amateur Draft. The Orioles’ organization love his potential at shortstop.