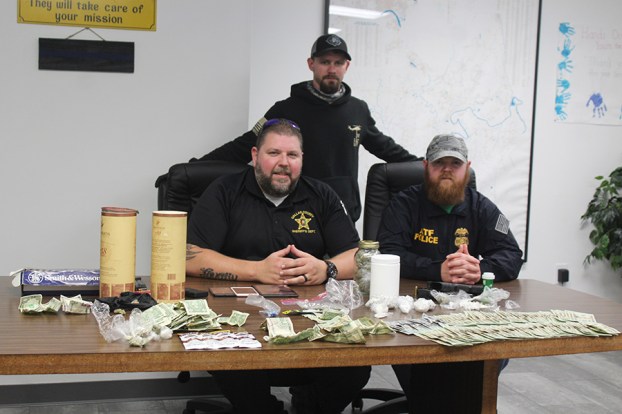 The S.A.F.E. Task Force group made another drug arrest this week.

The Dallas County Sheriff Office teamed up with the Drug Task Force, Bureau of Alcohol, Tobacco, Firearms and Explosives (ATF) for the arrest of Derrick White Wednesday at Lowery Drive on Craig Field Housing. He was arrested on warrants. White tried to escape, but law enforcement caught him.

Dallas County Sheriff Mike Granthum said over $3,000 in cash, ecstasy, a firearm, marijuana, crack cocaine and molly all were seized during the arrests. Granthum said law enforcement had been investigating the case for a year.

“This arrest will hurt the drug supply chain in Dallas County,” Granthum said.

Granthum said that White was taken to Clarke County jail and scheduled to get arraigned before a Federal court in Mobile. Granthum and Dallas County District Attorney Michael Jackson both said that White, AKA Boo Man, is a convicted felon who got indicted by a Federal Grand Jury.

“We are going to file a motion in our state court to revoke him on his drug charges with us, so he will not be released from jail,” Jackson said. “We will file a motion to revoke his bond on pending state charges.”

Granthum said he expects more arrests will be made over the next several days.

VRMC gearing up for second vaccination clinic next week