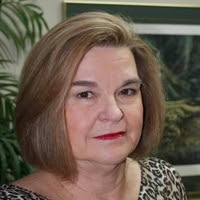 Mrs. Vintson was a native of Monroe County, and a resident of Selma, since 1980. She graduated from Excel High School in 1968 and Troy University with a Bachelors Degree in Secondary Education.  While at Troy, she was a member of the band.  Her hobbies included playing tennis, history and genealogy.   She was a former teacher at Monroe Academy, Monroe County High School, Catherine Academy and South Butler Academy. Mrs. Vintson owned and operated Vintson Fast Tax, LLC in Selma and was an accountant.  She attended Covenant Presbyterian Church with her husband and grew up attending Oak Grove Assembly of God Church and Coleman Assembly of God Church.

Preceded in death by her father, Clifford Franklin Ward, Sr.

Latoya Fuller Posey, 33, resident of Montgomery, passed away March 29, 2021. Service details are incomplete at this time but... read more