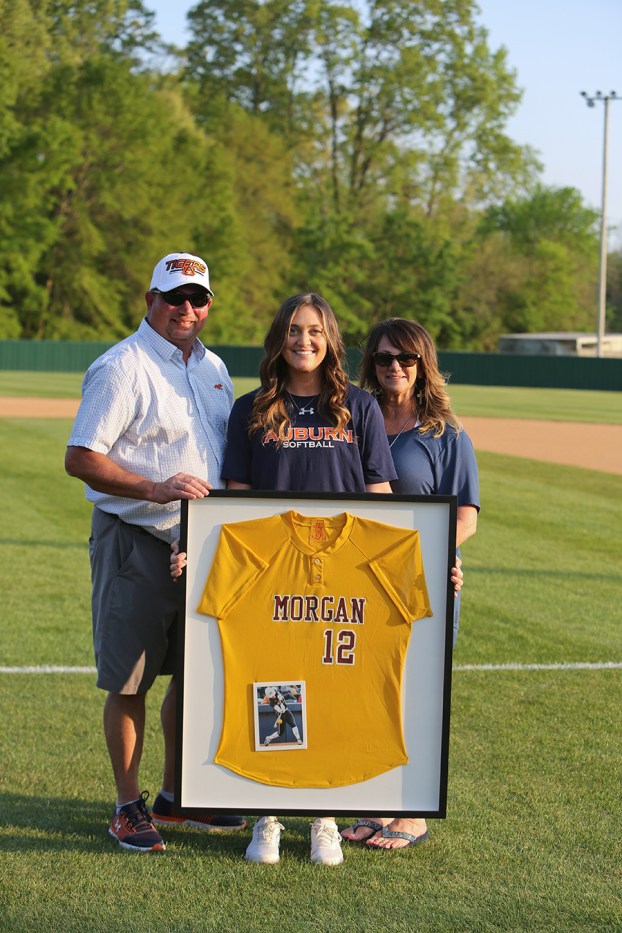 Morgan Academy retired Veach’s jersey at a ceremony at the school on Tuesday night.

“It means so much to me that they retired my jersey,” Veach said. “It’s a huge honor.”

Veach credited her parents, Deborah and Donald Veach, brother Hunter Veach, former Senators coach Edward Miller and Peewee Newman for her successful career. She was an eighth-grader at Dallas County under Miller, winning a Class 4A state championship in 2011.

“I’m very thankful for Morgan Academy, coaches Edward Miller and PeeWee Newman my coaches while I was at Morgan and Dallas County High School. Coach Miller was the first coach, other than my dad to believe in my talent at a young age.”

Veach graduated with a degree in exercise science in 2019. She was also drafted seventh overall by the Beijing Shougang Eagles in the 2019 National Pro Fastpitch Draft.

The Selma native is currently in her second semester of occupational therapy school and graduate assistant coach for the Alabama-Birmingham softball team.

“She knows the game and has a passion for teaching,’’ Guthrie said. “She will help our infielders and catchers. Kendall is a huge get for our program. We could not be happier to have her here with us.”

“ I’m excited for the journey and thankful for the opportunity to learn under an experienced and knowledgeable coaching staff,” Veach said.