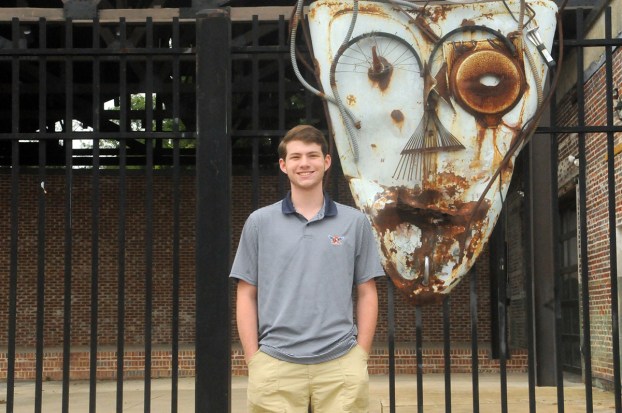 For Hasten Bridges, who was recently named a National Merit Scholarship winner, his thirst for learning began at an early age where he questioned how things worked, and why. An obviously bright young boy, Bridges’ parents, Dana and Keith Bridges, said their son became curious about trains and LEGOs at the age of four.

“Hasten was fascinated with trains and how they moved,” Dana Bridges said. “It proceeded to LEGO and he loved to build things. We always knew Hasten was intelligent and smart, but we did not know how smart. When Hasten made 24 on the ACT as a seventh-grader, we knew he was really smart.”

Hasten, the 2021 Morgan Academy Valedictorian, admits curiosity always got the better of him.

“As a child, I always asked a lot of questions and wanted to know how and why everything worked,” Hasten said. “I say that definitely continues today.”

Keith Bridges said his son always found ways to develop his learning skills, utilizing whatever he could find to satisfy his need to know.

“Hasten wasn’t like a normal kid,” Keith Bridges said. “He always had a device in his hand and always wanted to know how it worked. When Hasten was around nine years old one Christmas, he wanted us to buy him parts to build a computer.”

Bridges, who will major in Chemical Engineering at Auburn University, was one of more than 1.5 million juniors who entered the 66th National Merit Scholarship Program and took the qualifying test.  He is one of 15,000 students across the U.S. named a National Merit Scholar. For the state of Alabama, he represents less than 1 percent of the state’s current seniors in academic excellence.

“This is such a tremendous honor not only for Hasten but Morgan Academy and Dallas County as well,” Schroeder said. “We are excited for Hasten as he continues his education in engineering at Auburn University. He is an outstanding young man and is most deserving of this prestigious honor.”

Whitney Holladay, a Pre-Calculus and Calculus teacher at Morgan Academy, said Bridges had an uncanny knack for mathematics.

“Hasten has a good mathematical mind,” Holladay said. “No matter how difficult mathematics were, he always rose to the occasion. He understood numbers concepts and was quick to understand things.”

Winning a Merit Scholarship wasn’t something that Bridges envisioned. The last National Merit Scholar from Morgan Academy was Kellee Scheer in 2018.

“It’s crazy knowing how few people receive it each year,” Hasten said. “I was extremely surprised when I was told I’m in the running for the scholarship.”  “I feel extremely honored to receive such a prestigious award. It came from a lot of hard work.”