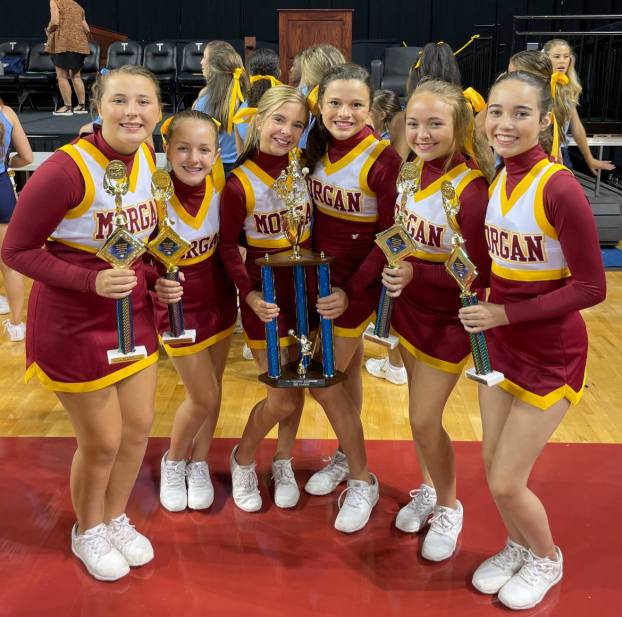 The cheerleaders competed against AISA schools in a UCA cheer camp. The Lady Senators were awarded first place in overall game day and place in sideline performance, second in camp dance and third for cheerleading.

Keli Wilkinson, who sponsors the Lady Senators’ Junior Varsity team, said it was a great experience. “This was the girls’ first game first time to go to camp and they all did an amazing job,” Wilkinson said.

Roberts, Lyon, Garner and Stevens are eighth-graders. Fuller is the only seventh grader in the group.

Wilkinson said she was glad that the Lady Senators had a great experience, learned new things and had fun.