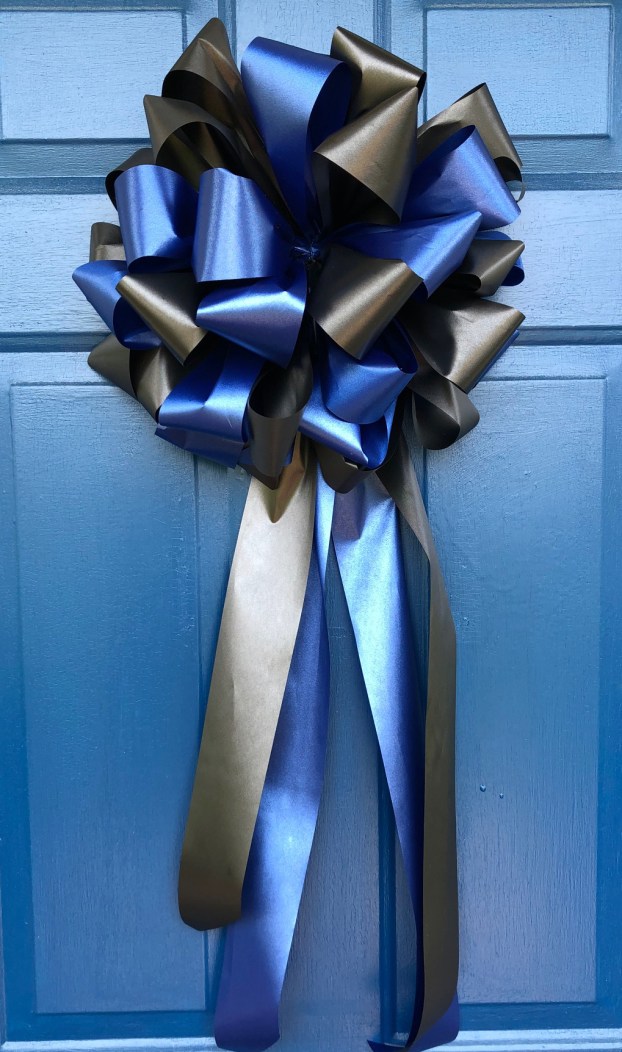 As community mourns, support ribbons being displayed to show solidarity with law enforcement

A grassroots effort by residents of Selma to honor the life of Selma Police Officer Marquis Moorer while showing support for all law enforcement officers is taking shape in the form of black and blue ribbons being displayed on homes and businesses throughout Selma and Dallas County.

Moorer was murdered early Tuesday morning while taking a dinner break during his shift. A Selma teenager, Javonte Stubbs, has been arrested and charged with capital murder in the crime.

The idea for the ribbons came from a social media post and has since spread throughout the community. Former Selma City Councilperson Susan Youngblood stressed the importance of community support for Moorer and his family, but also for all law enforcement officers, their families, and support staff, as they deal with the senseless murder.

“It’s being done to provide support to his family and his extended law enforcement family,” Youngblood said. “When there’s a situation like this when an officer is killed on duty it sends a wave of shock through the whole law enforcement community, and they need the visual to know the community is behind them and supports them.”

Youngblood, who lives in Landsdowne, said ribbons have been ordered for every home in the neighborhood, and thanks to a donor, there is no cost for neighborhood residents. She said the ribbons would be delivered to homes Saturday.

Anthony Jerome Smith, who taught in the Selma City School System for 23 years, has two ribbons displayed on his home in honor of Moorer and in support of the law enforcement community, and he is asking all Selmians to do the same.

“I recognize police officers are so important to our safety and our children,” Smith said. “I was a classroom teacher for many years, so we had officers come to our class and talk to the kids all the time.”

Smith also said this is the first time he can ever remember someone in the Selma law enforcement community being killed while on duty.

“We have never experienced a police officer that I know of who has fallen,” he said. “But hearing about officers in other places saddens me when they lose their life in the line of duty. They go to school to learn how to protect us. Sometime during our life we have to call a police officer for help and we depend on them for safety and for other things such as funeral processions, or big activities, so they’re very important people to us.”

Vicky Wilkerson, who owns The Flower Basket, said customers who want to show support for Moorer’s family have been calling all day ordering bows, which range from $10 to $12 each. She said the bows are a mixture of black and blue colors.

“We’ve sold over 50 so far, but to be honest with you we’ve lost count,” Wilkerson said. “Most of them are doing it out of respect for officer Moorer and his family. It’s just another loss for Selma. It’s sad.”

A suspect in the murder of Selma Police Officer Marquis Moorer was arrested Wednesday morning. According to Dallas County District... read more