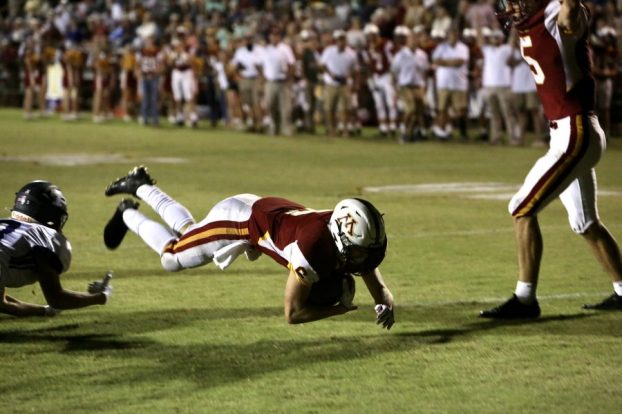 The ninth ranked Senators lost 33-14 on Friday night at home.

The Senators fell behind 7-6 after one quarter and never were able to come back.

Quarterback Andrew Thomas completed 11 out of 15 passes for 138 yards.

“This is a disappointing loss,” Senators coach Danny Raines said. “We did a lot of things well, but mistakes really hurt us again. Patrician has a really good football team. We can’t afford to keep making critical mistakes. We have another tough game coming up. Hopefully, we can have a good week of practice and have a good game next Friday night.”