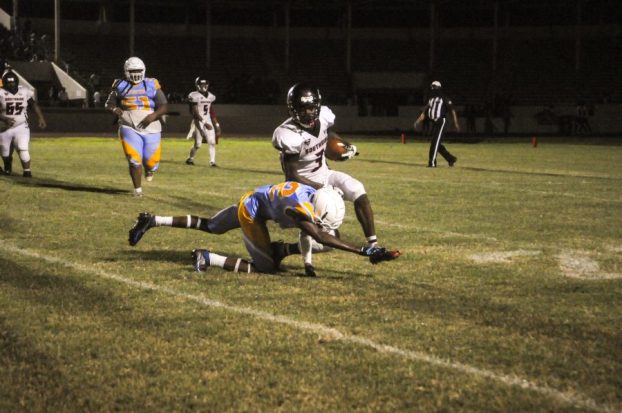 Having vanquished an cross-county rival for the second time in as many tries this season, Southside now turns its eyes back toward the playoff race.

The Panthers (4-1, 2-1) have three games remaining in Class 3A, Region 3, and coach Charles Moody believes Southside is in prime position to earn a home game to open the postseason.

“We feel good about it,” Moody said. “We’ve got to keep playing sound. We’ve got three region games left. If we win all three, we’ll be able to secure a home playoff game. That’s our goal going forward.”

Moody said Prattville Christian likes to run the quarterback and will spread opponents out to both pass and run.

“They’re a group who plays hard to the end, a team you definitely have to respect,” Moody said. “They have a first-year coach (Norman Dean) who’s done a good job implementing his system.”

Southside is coming off a 40-26 victory over a previously unbeaten Keith squad that was ranked No. 6 in 1A and hadn’t surrendered a point this season.

Moody said the win was a great confidence booster for the Panthers. “A lot of times there will be a lot of things surrounding (the game) that motivated the kids,” Moody said.  “Keith has an excellent defense, an excellent team, but our kids came in wanting to prove the doubters wrong. We played very well for the first three quarters. Going forward, we’ve got to make sure we play all four. Overall I thought we played a great game.”

Moody will look for another good night Friday from wide receivers Tae Spears, Mariyon Johnson, M.J. Reese and Derick Smith, all of whom contributed against Keith.

“It’s a dynamic bunch,” Moody said. “All of them can do a bunch of different things, but they all have their own special qualities. It’s one of the best receiving tandems I’ve ever had.”

And it’s a group that has the chance to help Southside earn its first home playoff game since 2003 with a sweep of its remaining region matchups.

As far as Friday’s game, Moody said, “We just have to play Southside High School football, make sure we stop the run. We’ve got to make sure we take care of ourselves and get better each week.”

Dallas County-Sumter Christian: This could be a good week for the Hornets (1-4, 1-2 in 4A, Region 3), who are rested after having a bye Friday.

Sumter Christian is winless and has yet to score in 2021. The Jaguars (0-5, 0-3) forfeited their first two games of the season.

Selma-Jemison: Despite dealing with a rash of injuries this season, the Saints remain solidly in the playoff race. Selma (2-4, 1-3) is tied for third in 5A, Region 3 with four straight region games to close the regular season.

Homecoming didn’t go as planned for the Senators (3-2) last week, as they suffered a 33-14 loss to Patrician Academy.

Valiant Cross Academy, a second-year program out of Montgomery, will be playing just its fourth game of the year. Its lone win was an 18-17 victory over Macon-East Academy on Aug. 26.